Spectra Energy operates a natural gas pipeline, the Algonquin, that travels through New York, Connecticut, Rhode Island, and Massachusetts. Here in Burrillville, a compressor station increases the pressure of the natural gas passing through the pipeline. The compressor station currently spews toxic pollutants into our air and water, generates horrendous amounts of noise, and lowers our property values, but Spectra wants to expand the compressor station so that more gas can pass through the pipeline! This will worsen all of the existing problems, including increasing the risk of explosions. Moreover, much of this gas will likely be exported abroad, raising the price we pay here in the States.

We need your help to ensure that Burrillville remains safe, clean, and vibrant! 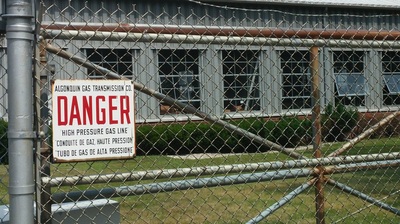 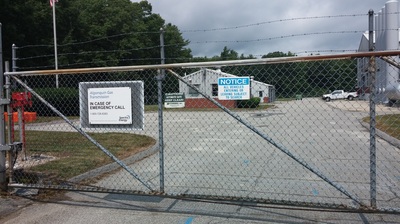 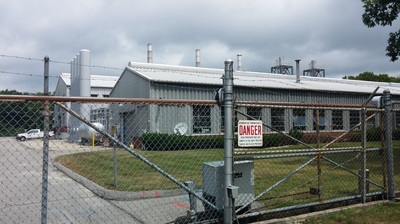 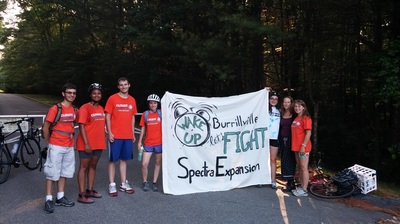 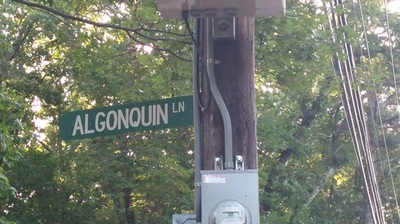 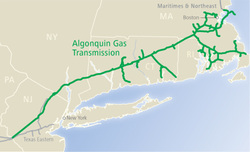 Spectra Energy is proposing to expand the compressor station on Algonquin Lane here in Burrillville so that more natural gas can flow through a pipeline that it operates in the Northeast. This pipeline, part of the Algonquin Gas Transmission, brings natural gas from the Mid-Atlantic to Massachusetts. If the compressor station is expanded, more pollution and noise would harm local residents.
Compressor Stations:

Compressor stations are facilities that help transport natural gas from one location to another. Typically spaced approximately 40 to 100 miles from one another along a pipeline, compressor stations compress the gas that passes through them so that the gas can move more quickly and more efficiently to its destination.  Compressor Stations do something called “blow off” or “blow down” in which vents are opened and gas is released 2 or 3 times a year for about 25-30 min

Compressor stations emit dangerous levels of noise into communities. The decibel levels from these stations can be so high that they even cause health problems ranging from auditory issues to cardiac issues.

Compressor stations do not come without their risks towards human safety. Natural gas is a highly flammable substance and explosions are not uncommon.

The chemicals released during from the compressor stations include:  formaldehyde, benzene, styrene, toluene, ethylbenzene, xylene, hydrogen disulfide, carbon monoxide, carbon dioxide, sulfur dioxide,  and methane.  All of these chemicals are carcinogenic and cause major health effects in humans and animals including respiratory problems, early childhood mortality, childhood learning defects, and male reproductive problems.
Check out the EPA's (Environmental Protection Agency) links on each of these pollutants for detailed descriptions of their long and short term health effects.

Spectra Energy claims in their FERC filings that, "The Burrillville Compressor Station...is designated a moderate nonattainment area for the 1997 8-hour ozone NAAQs and at one time was designated a serious ozone nonattainment area for permitting purposes."
"Burrillville is an existing major NNSR [Nonattainment New Source Review] source of NOx [Nitrious Oxides], as a precursor to ozone and an existing minor source of all other pollutants." 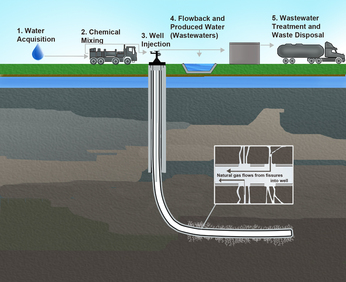 Similar to coal and oil, natural gas is a fossil fuel, and it is composed primarily of methane and hydrocarbons. It is a non-renewable resource, meaning that, there is only a fixed amount that exists.

Hydraulic Fracturing or "Fracking":
The process of injecting water, sand, and chemicals at very high pressure into underground rock formations to create new cracks or force open existing fissures to extract the oil or gas.

Fracking is a very energy-intensive and dangerous practice. Each fracking event typically uses about two to four million gallons of water, and studies have demonstrated that those who live near sites where fracking takes place are much more likely to encounter major health issues.

Click here for more information on the process of fracking.
Climate Change:

Climate change is a long-term change in the earth’s climate, in particular a change in the earth’s atmospheric temperatures. While climate change occurs naturally, scientists overwhelmingly agree that the changes our planet is currently experiencing are the result of human activities. The burning of fossil fuels, such as coal, oil, and natural gas, are largely attributed to modern-day global warming. For more information, click here.
FERC:

Federal Energy Regulatory Commission  (FERC) is a federal agency that regulates interstate electricity sales, natural gas pricing, and interstate natural gas projects, among other things.
FERC has the power to decide if Spectra can expand their pipeline and to build compressor stations, such as the proposed one in Burrillville, Rhode Island.
If you think you've been affected by natural gas projects, click here, and if you would like to file a formal complaint against the expansion in Burrillville, click here.
Powered by